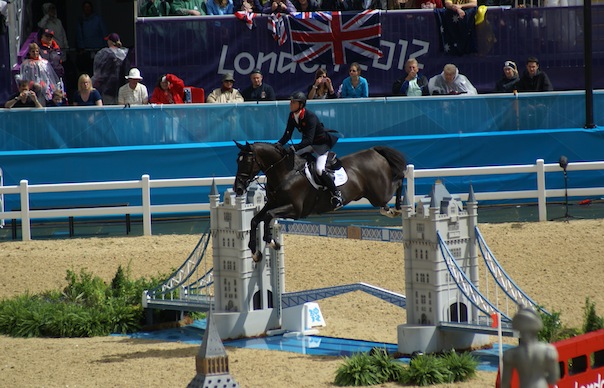 Click the image above to see at full size...

Quainton Stud jointly owned Tripple X with his rider Ben Maher, before he was sold to Canada’s Eric Lamaze.  Winning Team Gold at the London 2012 Olympics has been the highlight of his career so far.

Born in 2002, Hugo began his journey to the Olympics aged five, before making his first international appearance at seven years old. Nation’s cup team appearances soon became a regular occurrence and he quickly became a well known figure on the circuit. In the past few years he has competed among the best at world famous locations including Abu Dhabi, Paris, Olympia, Madrid, Calgary to name but a few.

In 2011 he won the Global Champions Tour 1st prize in Valencia, following on from this Ben and Tripple X were selected to represent Great Britain at the European Championships. along with Nick Skelton, Guy Williams and John Whitaker where they came home with a team Bronze medal.

2012 is obviously most memorable for a summer week in London and the team Gold medal – a truly great week. The successes continue – in 2013 The King George Cup sits proudly on Hugo’s stable mantelpiece.

Click on the Gallery of Images below to see Triple X 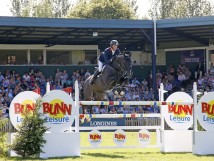 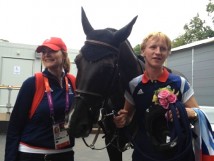 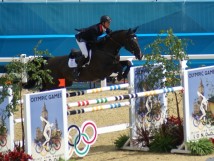 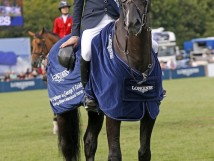 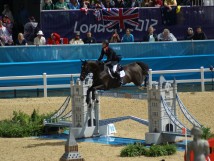 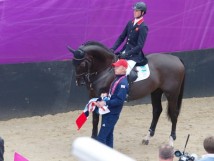 Bookmark the permalink.
This site uses cookies: Find out more.